AM I THE ONLY ONE? 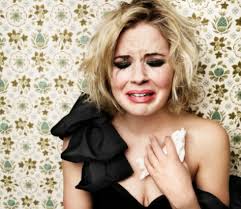 AM I THE ONLY ONE?
So, last week I was so excited to start The City of Mirrors by Justin Cronin. I was a big fan of his first two books in the series. And here is the problem- the first book in the series is called The Passage and was released in 2010. The second book in the series is called The Twelve and released in 2012. This last book, the final book of the series, The City of Mirrors was released last year.
Six years has passed since I read the first book of this series and I truly don't remember a damn thing! I know the first book gets the ball rolling, introducing key characters to the series but other than that...zip! I know the second book is crucial to understanding the third book and I remember... nothing!
I limped my way through The City of Mirrors but felt lost and confused when a character reverted back to a memory or a relationship with other past characters in the last two books. Needless to say I can't review this book fairly  without going back and re-reading the first and second books of this series. I'm going to do something I have NEVER done before and reread these books. Listen, I know lots of people like to go back and re-read their favorite classics, Harry Potter, Anne of Green Gables, blah,blah, blah. I'm not on of them. Once I've read a book, good or bad, I'm done. In my opinion life is too short and there are too many good books out there to waste time re-reading something you have already been there, done that with. Luckily for me The Passage is on sale right now on Amazon for $1.99.
So, the question is--Has this ever happened to you?
Too many years have passed between books in series that you have to go back and reread? George R.R. Martin doesn't count because it's been 20 YEARS...and counting between the first book of his series, Game of Thrones and whenever he comes out with The Winds of Winter. That's the exception to the exception. I plan to probably revisit those books in my twilight years after he has wrapped everything up....hopefully before he dies. Luckily the Kindle will still be around so my  old, fragile bones will  be able to lift his door stop of a book close to my failing eyes. On the bright side it will give me something to do in the retirement home in between bingo games.

Email ThisBlogThis!Share to TwitterShare to FacebookShare to Pinterest
Labels: Game of Thrones, George R.R. Martin, Justin Cronin, The City of Mirrors, The Passage, The Twelve, The Winds of Winter