A TALE OF TWO COVERS

This is an interesting article that was written by Mary Pauline Lowry that was featured in the Huffington Post. In it she talks about YA Bloggers and her tale of two covers.
YA Cover Girls On Top 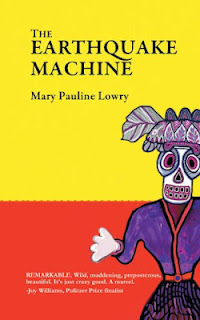 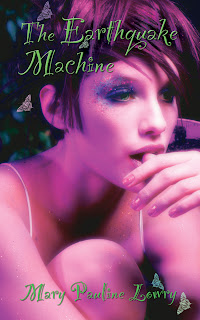 Which cover do you prefer?
I honestly don't care for either cover. The first cover which featured the creepy cartoon character made me question if this book was for the YA crowd-it's not your typical teen cover. While the second one with the girl seems uninspired and lacking in imagination-both give me no urge to pick the book up and read the inside flap.

I do judge a book by it's cover-call me shallow but I believe first impression is everything.
I was approached to read and review the book when it first came out(with the first cover) and declined-not only because of the cover-the story itself didn't seem like the kind of book that I would enjoy reading and reviewing.
But I do see that on Goodreads this book has recieved good reviews so maybe I passed up a good one.....
What do you think?
at April 30, 2012