September is for Sequels Giveaway Hop

Stretch out because it's time to hop!
It's September and we are celebrating sequels.
And I'm giving away some great books in another awesome contest! Yes, more than one! Chose two books from the selection below.
A giant thank you to I Am A Reader, Not A Writer and Lisa Loves Literature who are hosting this giveaway! 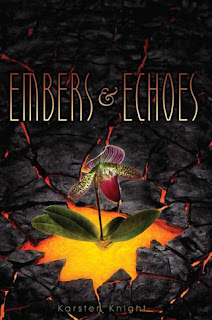 Embers and Echoes
By Karsten Knight
Ashline Wilde may have needed school to learn that she is actually a reincarnated goddess, but she’s ready to move beyond books. She leaves her California boarding school behind and makes for Miami, where she meets a new group of deities and desperately seeks her sister Rose, the goddess of war. But she’s also looking for love—because even though her romance with Cole had to be snuffed, Ash is a volcano goddess—and she doesn’t get burned.
This sequel to the edgy and action-packed Wildefire continues a fiery drama on an immortal scale. 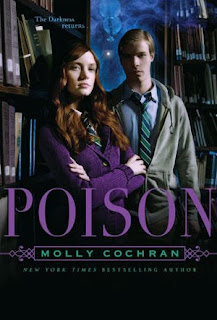 Poison
By Molly Cochran
After the riveting—and romantic—events of Legacy, Katy has won Peter’s heart and is now claiming her place in the magical world. Though half the students at her boarding school come from witching lines, the use of magic is expressly forbidden at Ainsworth, so as to keep the witching world hidden from the blue-blooded preppies, aka Muffies, who also walk the halls.
But the Muffies have at least a notion of magic, because Katy catches them staging a made-up ritual—and to her astonishment, the girls collapse at Katy’s feet and fall into comas. When Katy is blamed, she becomes desperate to clear her name and finds herself battling all odds to harness her growing magical powers in order to save the Muffies and dispel the Darkness once more. 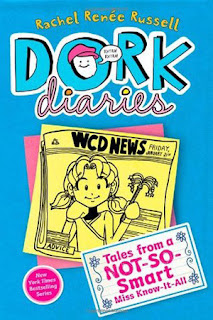 Dork Diaries
By Rachel Renee Russell
Nikki Maxwell develops a sudden interest in student journalism that may or may not (okay, definitely does) have to do with the fact that mean girl Mackenzie has started writing a gossip column. And there just might be some juicy info involving Nikki’s crush, Brandon, that Nikki doesn’t want Mackenzie reporting to the world. So Nikki joins the school newspaper staff—and ends up as an advice columnist! It’s fun at first, answering other kids’ letters. But when Miss Know-It-All’s inbox is suddenly overflowing with pleas for guidance, Nikki feels in need of some help herself. Fortunately she has BFFs Chloe and Zoey on her side—and at her keyboard

To enter this giveaway you must be a follower of Mug of Moxie. Please put your GFC name, your book choices and a way to contact you in the comment box below.  Thanks for following and hopping.
Good Luck and have fun!