Things that make you go Hmmmmmm.....
Introducing the next celebrity to jump on the YA bandwagon. 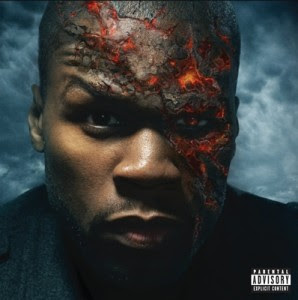 Hip-hop artist Curtis “50 Cent” Jackson will write a semi-autobiographical novel called Playground. The young-adult book stars “a thirteen-year-old schoolyard bully who finds redemption as he faces what he’s done.”
Penguin Group (USA)’s Razorbill imprint will release the title in January 2012. Laura Arnold will edit the book. Agency Group agent Marc Gerald brokered the deal.
The rapper (pictured, via) had this statement: “I wanted to explore how a kid becomes a bully. I drew on events from my own childhood and adolescence, but was excited to see the story take on its own life. This book would have been very helpful for me growing up and now that I have a teenage son, it is my goal that this will have a positive influence on all teenagers.”
Article taken from GalleyCat
at June 21, 2011